skip to main | skip to sidebar

I know.  It's been over a year.  Shame.  Nursing school came to an end last week, thanks be to God.  Oh, and I got married in March.  I'm sure I could have made more time to have blogged during this process, but I just couldn't find the necessity in publishing stories of catheters, IVs, etc.  However, my husband, Andrew, and I are living in a groovy 1954 Airstream and are about to depart for an extended honeymoon to Nepal.  Back to see the kids and mountains.  However, since I am no longer Rebecca McNeil Smith and since I have a very clever, well-written husband, we have decided to make a space for our shared interests...the first being traveling!  Please start following www.andrewandrebecca.wordpress.com for new adventures.
Posted by Rebecca McNeil at 4:14 PM 2 comments:

The week following Holy Week has been one filled with tornado sirens making us uneasy here in Memphis, while actual twisters are waltzing their way all over the country. Folks say that water will rise 11 feet over the flood line by the Mississippi and Wolf Rivers which may make Harbor Town a pile of mush--all just a year behind the actuality in Nashville. Oh and then there was Chernobyl's 25th anniversary just 2 days ago which reminds me of radiation gone wrong in Japan. Goodness, it can be so easy to be overwhelmed by devastation and potential devastation...and so it is that I read this prayer this morning:

"Lord, we pray we never find ourselves without hope, without a glimpse of the empty tomb each time we happen upon a cross. Help us begin our daily journey expecting both crosses and empty tombs and rejoicing when we encounter either because we know you are with us."

So since I've been absent since...December...I give you some of those empty tombs throughout the past six months: 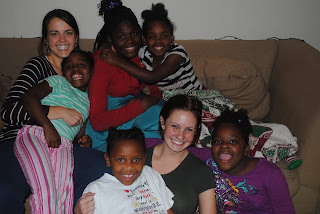 birthday slumber party with Kristen and some of our favorite neighbors... 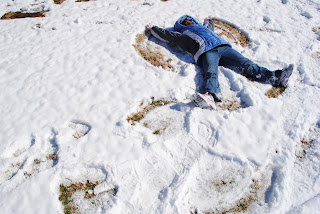 the first of many snow days... 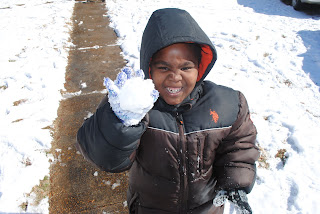 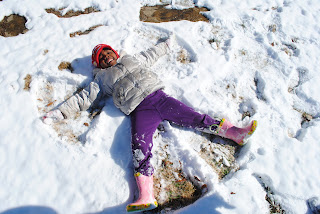 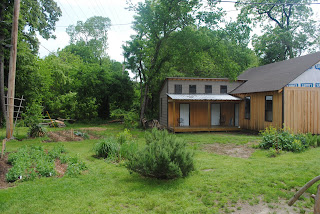 and then spring and green things started to grow... 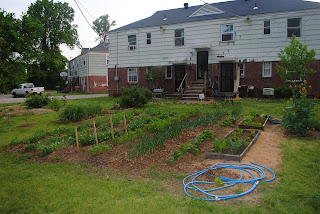 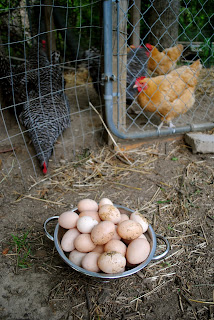 and the ladies kept on producing... 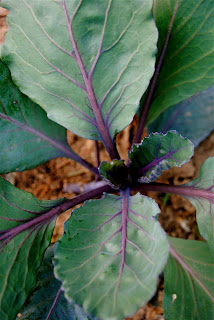 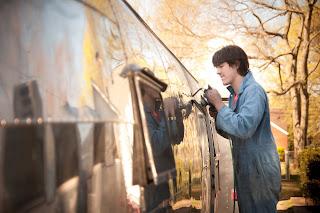 oh...and this handsome man (with that handsome airstream)
is moving to Memphis in just a few weeks!! woot!
Posted by Rebecca McNeil at 7:39 AM 1 comment:

journey of the magi

Posted by Rebecca McNeil at 6:24 AM No comments:

My niece was born this morning at 3:45am. I suggested the name Luna considering that it was a full moon and all, but they didn't exactly go for that. Pretty sure that's what I'm calling her...She's perfect and looks a lot like Levi did when he was born (minus the red hair). I was able to be in the delivery room while my superstar sister gave birth drug-free, and as lil Luna (see, it's starting already) began crowning, we immediately knew that she was continuing the strong feminine black headedness of our family. My dearest pals Catherine and Pete are giving birth any day now (I really wanted their little girl to get here today as well...two Lunas...let's just make it as confusing as possible...but it looks like she's holding off for the moment) so these days are filled with nursing school, walks in autumn woods, and babies!! It's been my most chaotic, joyful fall in a very long time. Praise God for life.... 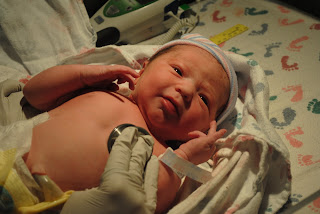 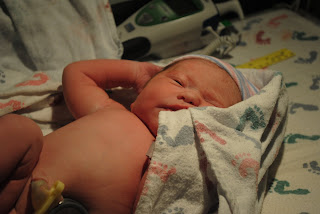 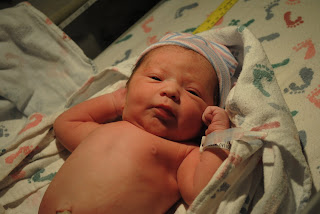 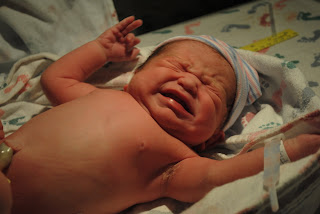 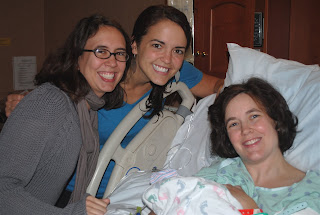 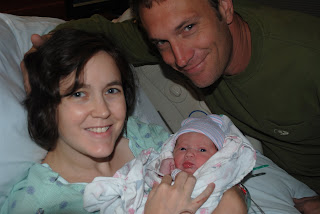 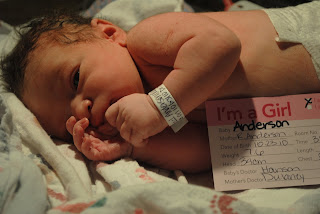 Triple Divide Peak, located in Glacier National Park, has the unique distinction of being an apex for three oceans. Here, the Hudson Bay Divide and Continental Divide collide designating its peak as the source for three of North America's great rivers: the Mississippi, Columbia and Saskatchewan Rivers. Precipitation that falls northeast of the mountain follows a network of veined rivers (including Sask) to the Arctic Ocean in the Hudson Bay. Rain falling west of the Continental Divide makes its way to the Pacific via the Columbia, and that running to the south takes a long journey from the Missouri River to the Mississippi to the ultimate destination of the Atlantic in the Gulf of Mexico.

I have yet to climb this mountain or even walk through the pass (though many of my friends have conquered such a feat), but its story has always fascinated me and made me that much more fond of the mountains nestled in Glacier. Perhaps it's because I recognize a similar story within myself. At this point in my life, I am aware of three great locations that have garnered great affection in my heart for somewhat completely different reasons. When emotions or ideas or desires enter my heart, it's most likely that they travel to three different destinations: Nepal, Tennessee or Glacier. Just as the three destinations of Triple Divide's precipitation vary in climate, location, and culture, so the greatest recipients of my affection seem to differ far more than they relate.

Whether it is the children at Harka in Bharatpur, Nepal, the trails and mountains in Glacier, or the communities resting in the urban cultures of Memphis and Nashville, my heart is equally committed to these destinations for the means in which they quench my spirit. I am thankful for the myriad of ways my story has been shaped and impassioned by each one.

My July writings were entirely consumed by the children at Harka, the photos following are testimony to Glacier and the Canadian Rockies where I spent the first three weeks in August with my folks, and presently I am in Memphis...once again. It is here that I will, by God's grace, become a nurse. (I don't exactly know how often I'll be able to write considering that I am already overwhelmed and just started University of Memphis' nursing program last week.)

And so it is that I have been so sweetly reminded of my three great loves and the ways in which my heart yearns for each. 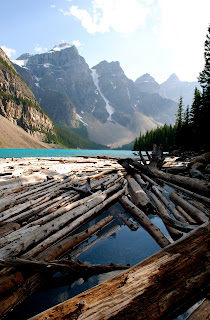 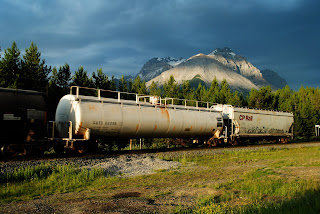 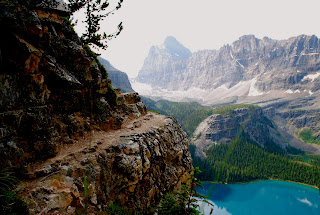 View of Lake O'Hara from the Alpine Circuit, Yoho 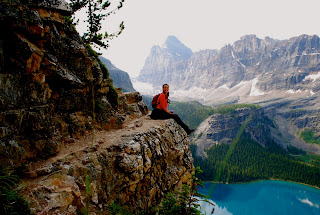 What a camera can do while balancing on loose rock 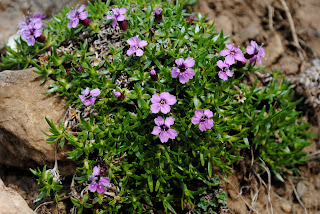 It takes ten years for this flower to blossom and another 100 years to grow the size of a dinner plate. Watch where you hike, indeed. 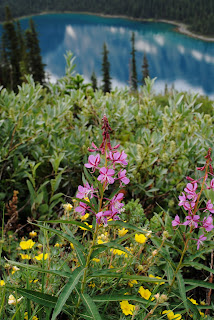 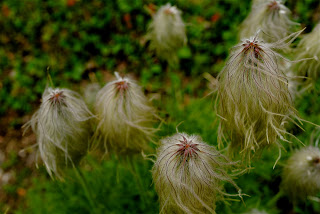 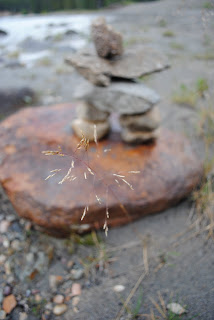 On the shore of Athabasca River in Jasper National Park 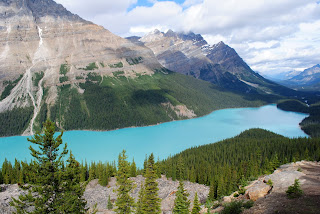 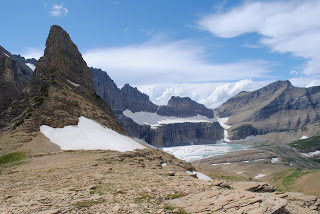 View of Grinnell Glacier from part of Mt. Gould 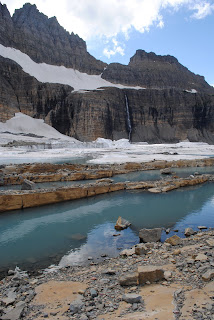 The glacier up close... 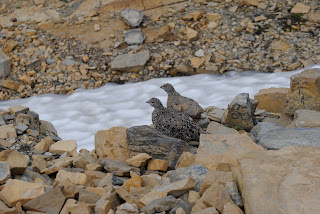 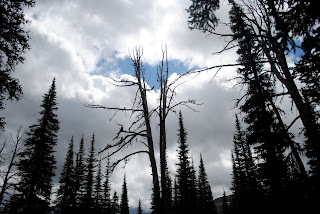 Down from Ptarmigan Tunnel 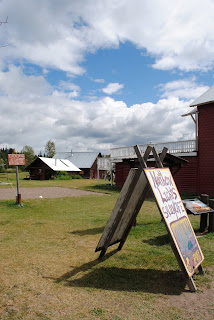 The greatest place in the States: Polebridge, Montana
Posted by Rebecca McNeil at 7:45 AM 3 comments:

"when i get older"

My sweetest friend, Bintu, introduced me to K'naan, a Somali/Canadian hiphop artist, just weeks before my trip to Nepal. I immediately fell in love with his music and carried that love to the kids at Harka. His song, "Wavin' Flag" was the theme for the World Cup and just happened to be the kids' favorite as well. Below are two pieces of proof to their dedication to this song...they definitely knew the chorus by day three. Hilarious.

Posted by Rebecca McNeil at 7:55 AM 2 comments:

My grandmother, Jane Weaver Nall, passed away two days ago. It is with a great hope that I believe she is at rest and has seen the promised land.

Childhood slumber parties with Nannie and Dappie were always filled with certain expectations. King's Corner would be played, Lawrence Welk would be watched, ice cream would be offered so that Nannie would feel that much more justified in satisfying her sweettooth, and Nannie's warm bed and presence would comfort me to sleep through the night.

It wouldn't be until the following morning, however, that my child-like anticipation would be fulfilled: toast with butter and jelly, eggs, cereal, fruit, orange juice, milk, and water. Perhaps it was because Pop Tarts were my usual morning staple or maybe it was that three glasses to drink from felt satisfyingly indulgent--either way, breakfasts with my grandmother will always be a treasure of my memory.

Rebecca McNeil
Memphis, Tennessee, United States
"Telling a story is like reaching into a granary full of wheat and drawing out a handful. There is always more to tell than can be told." -Wendell Berry